I remember it like it was yesterday. I was in 3rd grade and I began to complain of my hands and lower back hurting severely. I went in to see my pediatrician, complaining of both symptoms. “You have growing pains. Maybe it’s JRA. You don’t have Scoliosis, so nothing is wrong.” After blood tests to check for Juvenile Rheumatoid Arthritis, I was still stuck with no answers. I began to ignore the pain and continue on with my daily activities of accelerated school and playing outside. As the years went on, I was still suffering from horrible back and hand pain. By 5th grade, I was having trouble with a stooped posture. My teacher at the time was very adamant about having all of his students sit upright, so I was always in trouble for slouching and “being lazy.”

Then I went into an accelerated school for middle school. My pain was getting worse, and I was having trouble concentrating in school. My mom and I changed my doctor this year, and I complained about the symptoms once again, in serious detail. My doctor told me she would run tests for me, and did the usual physical work up. I bent over to be checked for Scoliosis, like always. My range of motion was checked, and I went in for more blood work. STILL NOTHING.

At this point, I began to do extensive research to find out what could be happening with my body. I spent hours every day on the computer, searching the internet for any possible answer. Every few weeks, I would return to my doctor with new information I had found. She began to get skeptical and continued to prescribe NSAIDs, muscle relaxers, and anti-depressants to ease my pain and depression. I went through 8 weeks of physical therapy, where I did painful exercises every day to try to strengthen my “weak” back muscles. In physical therapy, I had my PT tell me that I had Hyper Mobility and Hyper Lordosis. After reporting this back to my doctor, I was once again told that this was not the answer to my problems. By the end of my 6th grade year, I had done many x-rays, MRI’s, and blood tests, and still had no answers.

In 7th grade, I started to experience severe depression, painful periods, stiffness, trouble sleeping, and decreased range of motion. I started going to a chiropractor to try to relieve some of the pain. Upon meeting my chiropractor, she told me that my back was “frozen”. She worked on my entire spine to pop and readjust me, and after a few weeks, I began to feel a little more lose. My chiropractor told me she thought I might have a muscle disorder that was causing my back to be pulled “out of whack” from chronic muscle spasms and tight muscles.

I started playing soccer this year, and I ended up falling in love with the sport. It became my life, and I was incredible at playing. After I started playing, I started to have trouble running and breathing. I went back to my doctor, who told me I had Asthma. I was given an inhaler and told that I would be fine. After an extensive soccer practice, I would use my inhaler 3 times at minimum to relieve my breathing problems. It helped a little. I was having worse pain than before and every day after practice was horrible. I was suffering in severe pain and exhaustion, and was unable to sleep at night. My grades at school began to suffer, and my depression was getting worse.

One day at home, I started wrapping myself up with Ace Bandages as tight as I could in preparation for an exercise we did in soccer. From my breasts down to my belly button was tightly wrapped in Ace Bandages. After walking around for a few minutes, I began to realize that I could breathe easier, and my back wasn’t hurting as bad. In a hysterical moment, I figured that I had found the answer to my problem. Whatever was wrong with me had a cure. I needed a back brace. I returned to my doctor. Reluctantly, she sent me to a brace specialist. At my appointment, he confirmed that I did have a Hyper Lordodic curve in my spine. I was measured, and fitted for a back brace. He also discovered that my right leg was ¼ of an inch shorter than my left, and fitted me with a heal lift to try to balance my hips out. The heal lift was horribly uncomfortable and made my back hurt worse. Once I received my back brace, I wore it all the time. It extended from my shoulders to my butt and had two metal rods that followed the odd curve of my spine. I was unable to move my back around, and my muscles got tighter and tighter, so I was in MORE pain. Devastated, I went back to the only therapy that was keeping me sane; soccer.

During a soccer game, I was injured. I had run across the field and ended up tripping over the soccer ball, and flipped forward and ran my spine right into the metal goal post. I went home in horrific pain after we lost the game, and in total frustration, I searched the internet more. I came across an article talking about Ankylosing Spondylitis. I ran to my mom and showed her the article and I said “this is what I have.” After years of frustration, I began to feel like she was giving up on finding a diagnosis, as was I. She told me that we’d go back to the doctor.

In 8th grade, I was practically failing school. I’m normally an extremely good student, always getting A’s and finding myself in clubs and the advanced courses. I was now suffering from chronic wide spread pain all over my body, stiffness, depression, and difficulty sleeping. After trying to reason with my teachers, most of them began to tell me I was faking my pain and that nothing is wrong with me. I returned to my doctor, who began to think the same thing. I begged her for an answer, and she sent me to a Rheumatologist. Immediately, he began to suspect Ankylosing Spondylitis. He told me that my previous doctor had NOT run tests for the HLA-B27 gene, or run any of the other tests that could tell me what is wrong. He ran these tests, and I came back with a negative on everything. He said that it doesn’t mean I’m not sick, and that he wanted to run another MRI. On my way home from this doctor appointment, I was in a car accident. My seatbelt in the car failed, and I flew into the dashboard, slamming both of my knees into it. I spent the entire night in the emergency room with severe back pain and trouble breathing. Sitting down caused me severe pain, and I was too weak to stand. I was bawling my eyes out from pain. After x-rays, the ER physician told me that nothing was wrong, and sent me home with Vicoden. Come to find out, I’m allergic to Vicoden.

After my MRI, I went back to my Rheumatologist. He reported that I have Ankylosing Spondylitis, Saccriolitis, and Fibromyalgia. He told me that my previous doctor did an MRI on the wrong part of my body, which is why the inflammation in my SI joints and back hadn’t been seen before. The Fibromyalgia explained the widespread pain and fatigue.

Then I started high school. After a long year of suffering with my usual symptoms, being judged for “faking” my diseases, and even having seizures from a medication I was on, I had given up hope. I left my high school and went into an online school to get my diploma so I could have a future.

I’ve been on every medicine you can imagine. I have even been on Humira. I was taken off of the painful injections because of the risk of cancer. After I couldn’t handle the horrible pain anymore, my Rheumatologist sent me up to Children’s Hospital in Denver, Colorado to see one of the country’s top pediatric Rheumatologist’s to find a treatment plan for me. This doctor has been a pediatric Rheumatologist for 50 years. I am the first case he has ever seen of a child with both Ankylosing Spondylitis and Fibromyalgia. I am now on Remicade, which is an IV taken every 2 weeks, to treat my Ankylosing Spondylitis. I have found that my hair is falling out, and that my pain is not going away, but I have only had 2 IV’s so far. I’m still suffering with horrible pain, and I’m having trouble coping with everyday life. I’m on narcotic medication to help with the pain, and many other medications that are supposed to help me out. Though I haven’t had much success, I’m not giving up. I’ve had to quit soccer, and I can hardly walk on my own sometimes. I still have trouble sleeping at night. My whole life was changed because of the diseases I have, but at least someone finally believed me that I really am sick and that this pain is real. I suffered for 7 years without a diagnosis, and finally on November 24, 2009, I was given my answer. 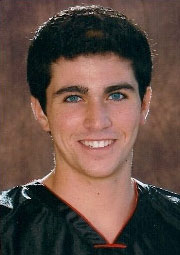 I am 6'7" tall, I can dunk a basketball, and I have ankylosing spondylitis. I...